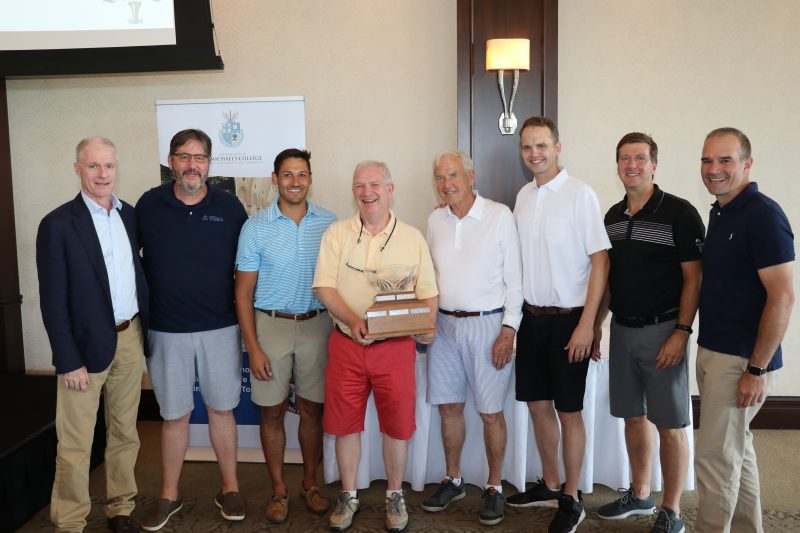 A cool, sunny morning greeted visitors to Eagles Nest Golf Club on Wednesday, July 24. Over 50 alumni, friends, and representatives of corporate partners arrived before the mist had dissipated over the lake to participate in a milestone event: the 20th annual USMC Golf Classic.

Divided into 15 teams, the group took to the links in support of St. Michael’s students. As President David Sylvester said, proceeds from the annual event are allocated to student-focused initiatives including scholarships and bursaries, wellness and counselling services and enhancements to our library facilities.

Temperatures remained mild throughout the July morning as players competed for individual and team awards, which included prizes for men’s and women’s Longest Drive and Closest to the Pin. A silent auction added a quiet bidding war to the competition. Donated prizes included bottle sets of exquisite wine, tickets to see the Raptors and the Leafs and box seats for a weekend performance by the band Queen featuring singer Adam Lambert.

The festivities began and concluded in Eagles Nest’s spacious clubhouse, where President Sylvester and Director of Advancement Kathryn Elton announced tournament winners, raffle prizes and silent auction winners. In total, this year’s Golf Classic raised over $83,000 in support of students at St. Michael’s. 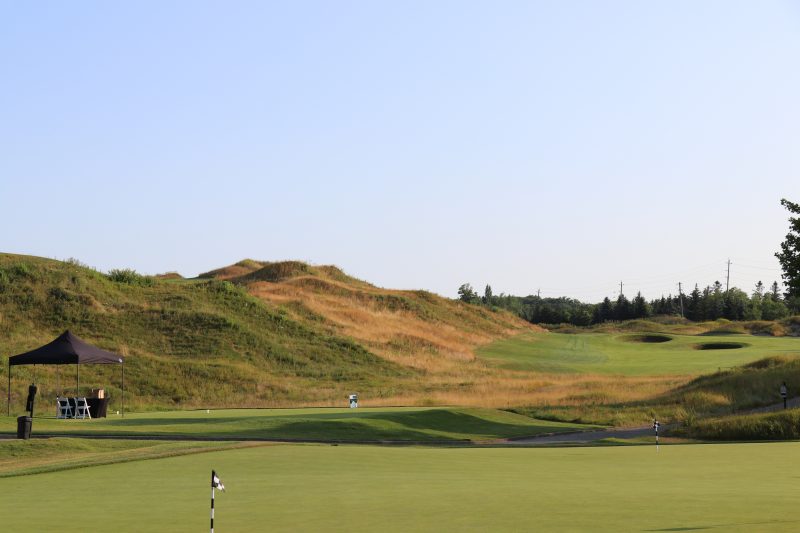 In view of two decades of generosity on the part of tournament participants, President Sylvester acknowledged the work of honorary chairperson Joseph Sorbara (Class of 1963), who launched the original Golf Classic in 1999 with Brian O’Malley. He also thanked long-time co-chairs Victor Dodig (Class of 1988) and Edward Cattana, whose leadership helped make the event a perennial success, offered special thanks to this year’s co-chairs Barry McInerney (Class of 1985), Jim McGovern (Class of 1985) and David Scandiffio (Class of 1994), and acknowledged Fr. Don McLeod, CSB, Chair of St. Michael’s Collegium, for his presence at the reception.

Proceeds from the yearly event now total over $2.5 million, as President Sylvester said in his remarks. To honour those who have supported the work of the institution by participating in the Golf Classic over the years, a plaque will be installed outside the Registrar’s Office in the newly renovated Brennan Hall. The plaque honours the “founders, co-chairs, committee members, sponsors and golfers whose participation and generosity over two decades has raised over $2.5 million in support of students.”

The beautiful new student-oriented spaces in the building at the heart of campus are a further demonstration of St. Michael’s commitment to students, a commitment made possible in part by the support the school has received from the friends, alumni and supporters who have participated year after year in the Golf Classic.