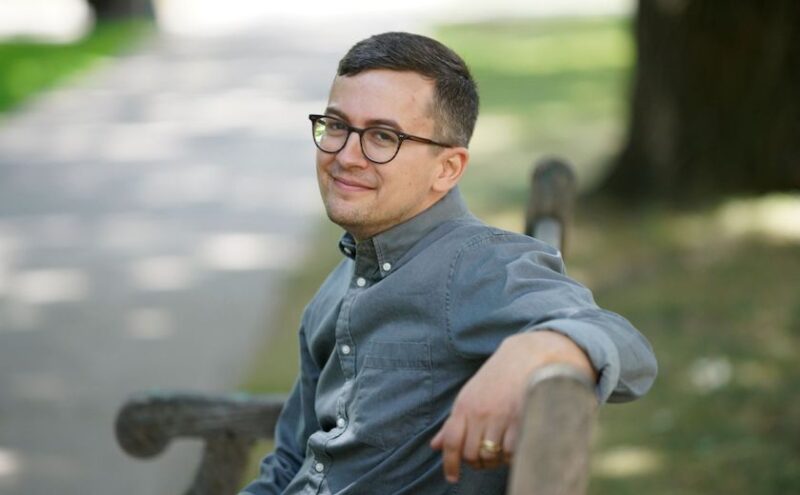 As a scholar of video games in popular culture, St. Michael’s Assistant Professor Dr. Felan Parker is deeply familiar with entertainment platforms used to livestream video games for an audience, a genre of media that has only grown more popular among Parker’s students since the pandemic forced their lives online.

Parker puts his expertise to use by using the streaming platform Twitch to teach, offering critical and academic commentary on his own playthroughs during his courses and virtual events. Doing so enables him to provide direct insight into issues of form, themes, tropes, and even the economics of production in the context of the games themselves.

“I think being a media scholar is a double-edged sword in this situation,” says Parker. “On the one hand, I have practical knowledge of digital media and conceptual understanding of how to use them effectively, but on the other hand I am acutely aware of the challenges and potential problems with digital platforms,” he says. Making sure students understand how platforms leverage user data for targeted advertising, for example, has been important to Parker during the transition to remote teaching.

Each week for classes such as his First-Year Foundations course How to Study Video Games, Parker uses Twitch to play a different game live on stream with running commentary about how it relates to the topic, and students will chime in using the text chat function.

“Rather than being passive observers, I’m taking advantage of the interactivity of the platform to encourage students to be ‘backseat players,’” Parker says. The active involvement of his students during in-class streams ranges from their own observations about the game and connections to other class materials to crowdsourced decisions that Parker uses to drive ahead the game’s action.

The Twitch engagements provide a foundation for further discussion, and Parker uses the stream in part to model “a critical and analytical mode” for students to practise when they interact with games. Twitch also factors into the course content because it’s become an essential promotional tool for game developers as well as a major presence in gaming’s cultural ecosystem. In his research, Parker explores the way the streaming platform has become essential for independent game developers to market their wares, and in class he uses it to showcase games his students may not have seen or been able to access before. 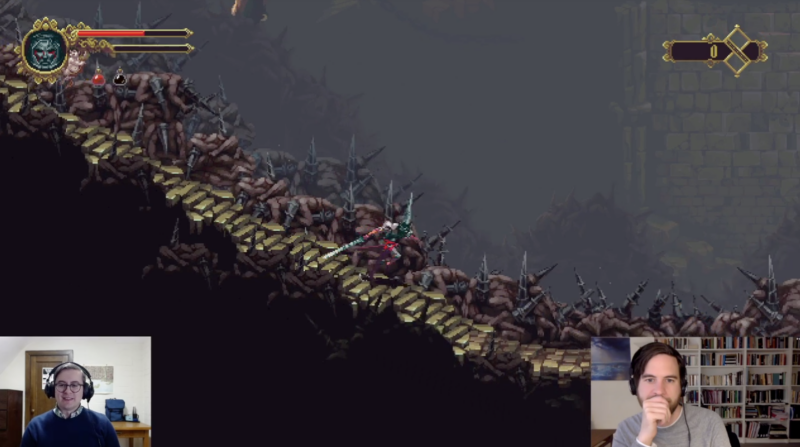 One example is Blasphemous, a game Parker played on Twitch to kick off Streaming SMC, a new series in which he invites fellow St. Michael’s professors to join him to discuss games relevant to their expertise. As Parker’s St. Michael’s colleague Dr. Stephen Tardif offered commentary linking the game’s pseudo-Catholic aesthetics and narrative to real-world sources, Comper Professor of Medieval Studies Dr. Alison More entered the chat to provide historical insight into subjects ranging from 13th-century understandings of purgatory to medieval penitential movements.

The way games and other popular media help to shape and inform modern culture is one of the interests that drives Parker’s research. This year, he joined scholars from several other universities to collaborate on a SSHRC grant–funded project, Swarming SDCC, which looks at the complicated relationship between media industry producers and fans. The two groups have very different relationships to both entertainment franchises and the ComicCon events that showcase them, as Parker and his collaborators argued in an article for The Conversation. Eventually, Parker says his hope is to bring his students into the project as researchers “to participate in the actual on-site ethnography.

“I always strive to give students the tools to bring a critical perspective to bear on the digital media and technology that structures their everyday lives,” says Parker. “This feels particularly pressing in this moment, since for better or for worse we are more immersed in digital media than ever.”

Consult Fall 2020 for current updates on St. Michael’s plans for the fall semester.