The Vatican has designated May 16–24, 2020 Laudato Si’ Week to mark the 5th anniversary of the completion of Pope Francis’s groundbreaking document Laudato Si’: On care for our common home. (The document was formally signed on May 24, 2015 and released on June 18, 2015.) The global campaign is sponsored by the Vatican’s Dicastery for Promoting Human Development, and is designed to spur Catholics to become more involved in environmental action.

Dr. Dennis O’Hara, who authored the reflection below, edited a book on Laudato Si’ with Matt Eaton and Michael Ross. The book, Integral Ecology for a More Sustainable World: Dialogues with Laudato Si’, brought together scholars from around the world with diverse backgrounds, including Chris Hrynkow, Cardinal Turkson, Brother Guy Consolmagno (Director of the Vatican Observatory), Sue Rakoczy, and John Haught. Drs. O’Hara, Eaton and Hrynkow are graduates of the Elliott Allen Institute for Theology and Ecology at the Faculty of Theology, and Michael Ross is an EAITE doctoral student. 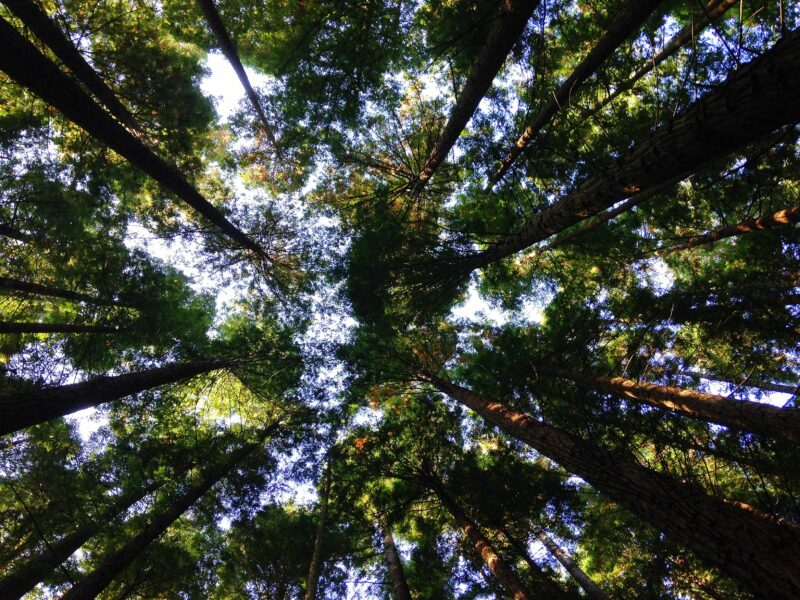 Even before its promulgation on June 18, 2015, the papal encyclical, “Laudato Si’: On Care for Our Common Home,” had created tremendous advance interest. At the time, I was serving as Director of St. Michael’s Elliott Allen Institute for Theology and Ecology (EAITE) and thus was frequently invited to speculate on the possible content of the encyclical, including on a student radio show, at a conference on religion and cosmology at Yale University, and in parishes of both Christian and non-Christian faiths.

Prior to its official release, I was given an advance copy of the encyclical so that I could prepare for the anticipated media attention. Interviews for radio, television, and newspapers punctuated the next several days, to be followed by talks at conferences, for school boards and NGOs, and in many parishes, both in Canada and Korea. This unprecedented interest was echoed in the encyclical’s enthusiastic reception at the 21st Conference of the Parties (COP21) of the United Nations Framework Convention on Climate Change at Paris in 2015, resulting in the Paris Climate Agreement. The encyclical inspired the formation of hundreds of new Catholic organizations to advance its goals, including the Global Catholic Climate Movement (a global network of 900 Catholic organizations) and the Catholic Climate Covenant as well as numerous initiatives of religious orders and the expansion of the work of Catholic NGOs to address an increased concern for our common home. It also spurred the interfaith project Living the Change, and the formation of the Vatican Dicastery for Promoting Integral Human Development. The encyclical continues to be favourably referenced in academic circles among diverse disciplines, including theology, ecology, economics, justice, social studies, healthcare, and more.

With the advantage of five years since its release, a retrospective assessment of Laudato si’ gives a fuller appreciation of its accomplishments. For decades, ecotheologians had acknowledged the Christian teaching that there are two books of sacred revelation—viz., scripture and creation—bringing a renewed focus to exploring the theological and ethical implications of a more sympathetic and scholarly reading of the latter. They had been pioneering a deeper understanding of humanity’s role within the epic of evolution and advocating for a more integrated understanding of the myriad of justice issues related to the ecological crisis. Pope Francis’ first encyclical validated their decades of innovative work.

The call of Laudato si’ to recognize the integral ecology of creation and to engage in conversations of respectful dialogue with diverse voices from all sectors of society, emphasized the intersectionality of ecological, ethical, economic, political, social, gender, and justice issues. Through such efforts, the encyclical articulated a more robust and integrated version of Catholic Social Teaching. Concurrently, it required the conversion of ourselves and our cultures, eschewing a consumerist individuality in preference for the health of the common good and our common home. As the magnitude and urgency of the ecological crisis in its multiple forms became better understood within more disciplines and by more people, the comparable magnitude, complexity, and intersectionality of this conversion also became more apparent.

Nevertheless, such awareness has not spurred an adequate response within either secular or religious institutions. For example, the concentration of greenhouse gases in the atmosphere continues to increase while the vitality of life on Earth declines despite generally universal calls for a vigorous reversal of both. This past November, the retiring president of the U.S. Conference of Catholic Bishops described climate change as “important but not urgent.” Yet as Msgr. Bruno Marie Duffe, secretary of the Dicastery for Promoting Integral Human Development warns, ” the alarming speed of climate change caused by human behavior and the choices we make threaten the very survival of species, water and air quality as well as food security. These are huge challenges…and the Paris Agreement is an absolute minimum and in fact does not go far enough.” Despite fine rhetoric, few nations are likely to reach the pledges they made with that agreement.

Laudato si’ continues to challenge this delinquency among nations and within its own Church. Its observations, assessments, and calls for action often serve as a standard against which efforts are measured or as an interlocutor that nurtures or guides responses to global crises. The contrast between the analyses and aspirations of the encyclical, and the anemic responses and sclerotic leadership still too often seen, shows that while the encyclical has had significant impact, the conversion it prescribes is far from realized. Like every good encyclical, Laudato si’ needs to be read and re-read to better understand and apply its message.