InsightOut: A Language of Love, Unity,...

Celebrating the Academic and Extracurricular Achievements...

Festivities began with a slideshow of each man in action on campus—Fr. Peter with students at Windle House, Dean Ginther presiding at convocation, and Principal Boyagoda in Rome with Gilson Seminar students—all set to the jazzy strains of Natalie and Nat King Cole’s duet of “Unforgettable.”

Then President David Sylvester kicked things off with a welcome to guests, who ranged from students and Collegium members to colleagues and family. Dr. Sylvester recalled his own welcome party two summers ago, bemoaning the fact that the assembled could not celebrate in person in the sunshine of Scollard Park, as he had been feted. 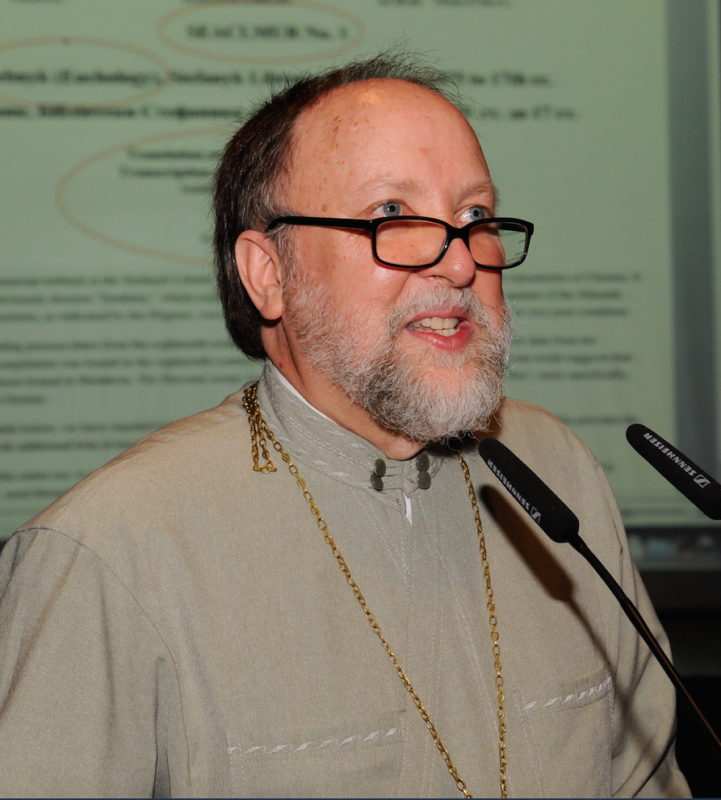 As the program unfolded, however, the inability to gather together did not stand in the way of heartfelt praise for each man. Dr. Ginther offered a tribute to Fr. Galadza, who is retiring from MASI, citing his “dogged commitment to academics,” his “passion for Eastern Christian studies” and his deep faith.

The Dean recalled that even though the two men were doing doctoral studies at the same time at St. Mike’s, it was only during the negotiations in 2017 to bring MASI from St. Paul’s University in Ottawa to St. Michael’s that they met, and Dr. Ginther expressed great admiration for Fr. Galadza’s dedication to students, MASI and the Church.

In response, Fr. Galadza offered his thanks, and expressed his delight at finally being able to spend more time with Olenka, his wife of 41 years.

“God bless all of you,” he said, and guests responded with a flurry of virtual toasts and clapping emojis. 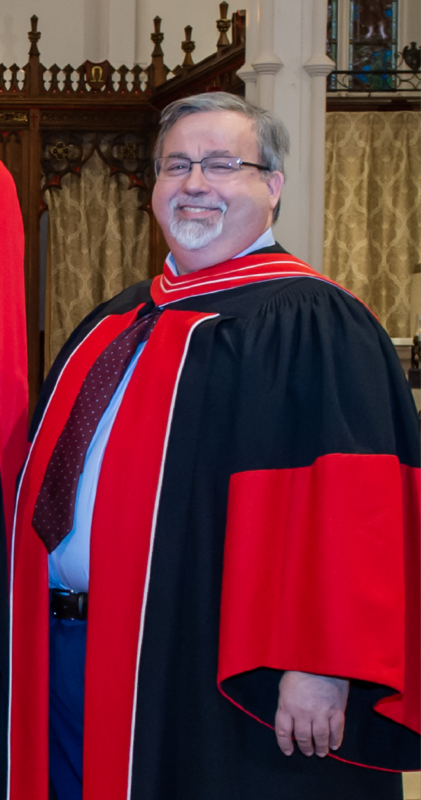 Then Dr. Sylvester offered thanks to Dean Ginther for his service to the Faculty of Theology, noting that, as both men are mediaevalists, the former knew the latter’s academic reputation long before the two met, given Dr. Ginther’s profile as a scholar of Robert Grosseteste and his work in digital humanities.

Calling him a champion of the Faculty, the President cited the Dean’s “tireless work” in renewing the graduate division of St. Michael’s, citing three new hires as an exciting indication of things to come.

Dr. Ginther responded with thanks to faculty staff and his colleagues, and told those assembled how much he is looking forward to returning to the classroom after his year-long research leave.

This prompted another flurry of toasts and clapping icons. 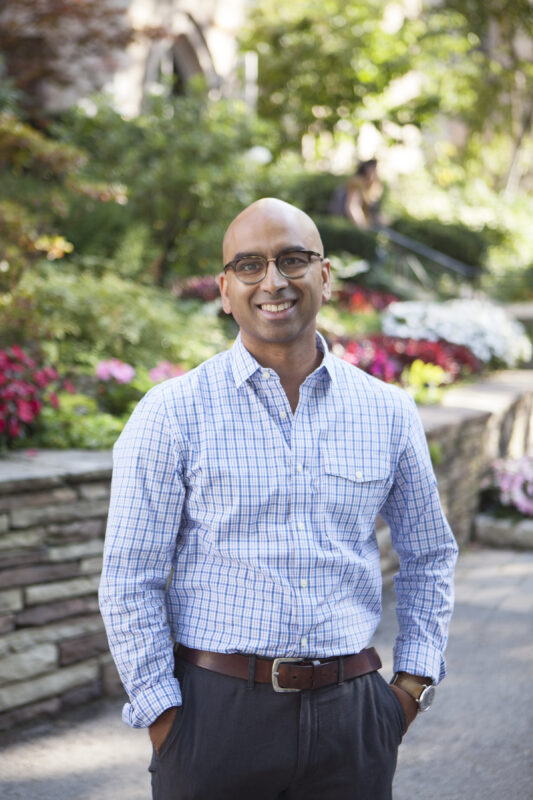 Then it was Dr. Boyagoda’s turn to be honoured. With some gentle teasing, the President noted that if he left anything out in his introduction “Randy would fill it in.”

Dr. Sylvester thanked the outgoing Principal for his vision for St. Michael’s, noting that he was at the forefront of the renewal of the university’s programming and repetition, helping to restore St. Mike’s to its place as the leader in Catholic education.

In his response, Dr. Boyagoda, who has been named Vice Dean, Undergraduate in the Faculty of Arts & Science at the University of Toronto, offered thanks to many people, and then concluded his remarks with an anecdote.

He had just been the basement of Elmsley Hall with a young colleague to seek out furniture for the office he will maintain at St. Mike’s, as he will teaching the Gilson Seminar next year. The new employee who greeted him thought he was a student.

“I’m leaving here feeling young!” he proclaimed, and everyone offered a virtual toast.

Then came a round of comments from such notables as Collegium Chair Fr. Don McLeod, CSB, and Dr. Christopher Brittain, Dean of Divinity at Trinity College.

It was not the in-person party that anyone had imagined, but it was a heartfelt send-off, and the community wishes all three godspeed as they head off in new directions.