Faith, Ideas and Friendship in Rome

I write to share the happy news that Sam Tanenhaus will join St. Mike’s as a Book & Media Studies visiting professor in 2018-19. Co-sponsored by St. Mike’s, the Dean of the Faculty of Arts and Science, the School of Public Policy and Governance, and the Centre for the Study of the United States, Sam will be teaching the special topics course “Trump and the Media” and the fourth-year seminar “Media Manipulation and History.” Sam is a prolific and influential journalist, historian, and former editor at The New York Times, and we look forward to his contributions to our academic and community life. 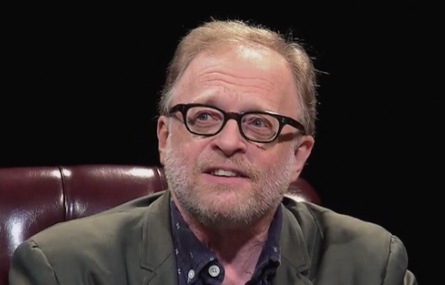 Sam Tanenhaus is a contributing columnist to Bloomberg View, and the U.S. Writer at Large for the British monthly, Prospect. He was previously on staff at The New York Times, where he was editor (in chief) of both the Sunday Book Review (2004-13) and the Week in Review (2008-2010) and was also Writer at Large (2013-14). Before joining the Times he was a contributing editor at Vanity Fair, where he wrote feature articles on politics and culture (1999-2004). His books include Whittaker Chambers: A Biography (winner of the 1997 Los Angeles Times Book Prize, finalist for both the National Book Award and Pulitzer Prize; and a national best-seller) and The Death of Conservatism (chosen by The New Yorker as one of its editors’ “100 Favorite Books” of 2009). His articles and essays have appeared in The New York Times Book Review, The New York Times Magazine, The New Yorker, The New York Review of Books, The New Republic, Atlantic, Esquire, Newsweek, Slate, Time, The Wall Street Journal, Washington Post, and many other publications (in the United States and Europe). Since 2008 he has led nonfiction writing workshops at CUNY. He was a Riggio Lecturer at The New School for Social Research from 2009 to 2014 and has lectured at Harvard, Yale, Princeton, Columbia, and New York University, as well as at the White House and at the Clinton, Kennedy, and Johnson Presidential libraries, the Aspen Ideas Festival, and the Sun Valley Writers Conference. He is currently at work on a biography of William F. Buckley Jr.