Home / About Us / Governance and Administration / Office of the President 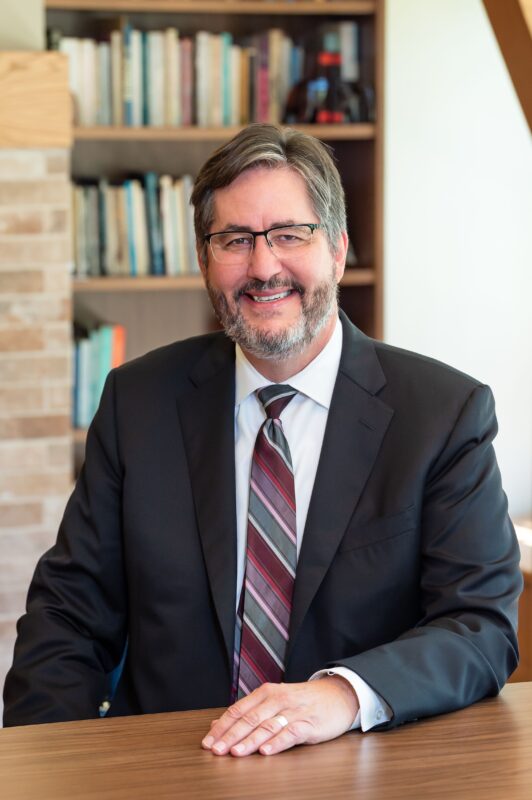 Dr. David Sylvester is currently in his 21st year as a Canadian university and college president. He was appointed the 8th President and Vice-Chancellor of the University of St. Michael’s College in the University of Toronto on July 1, 2018. Previously, David served two terms as Principal of King’s University College at Western, was the founding President of Corpus Christi College of liberal arts established at U.B.C. and the first lay principal of St. Mark’s Theological College, Vancouver. A professor of medieval social and economic history, he holds an M.A. and a Ph.D. from Fordham University, New York City and has taught for three decades in universities in Canada and the United States.

David currently serves on the Board of the Canadian Federation of the Humanities and Social Sciences, the Education Committee of Universities Canada and was recently appointed co-chair of the Institute for New Presidents for the Association of Catholic Colleges and Universities’ based in Washington, D.C. He serves on the Advisory Board of the Boston College Institute for Administrators in Catholic Higher Education and is past chair of the Governance Committee of Universities Canada and the Association of Catholic Colleges and Universities of Canada. In addition to his interests in university governance, David is committed to advancing the role of universities in community building, especially in response to the TRC calls to action. He is married to Dr. Allyson Larkin, and together they are parents to four children.

Executive Assistant to the President