Dr. O’Hara Travels the Globe for... 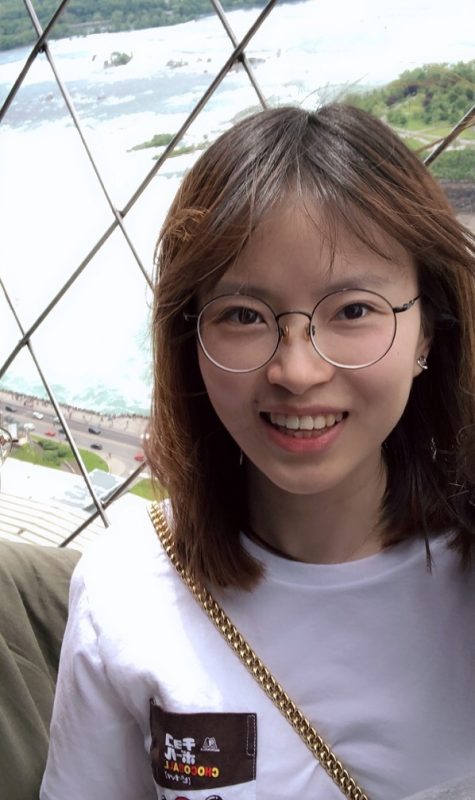 The St. Michael’s Class of 2019 is full of impressive students, many of whom are bound for medical school, teacher training, law school or graduate programs in their fields. One student stands out even in this exemplary company: Jinman Zhao, who recently graduated with an Honours Bachelor of Science with Specialist in Computer Science, is the recipient of this year’s Rose Sheinin Scholarship, an honour bestowed on the single highest-performing female student graduating in a science program across the University of Toronto.

“It is a great honor for me. I didn’t expect to receive this award because I think there are many excellent and talented students around me,” Zhao said over email. “Everyone works very hard.”

With a perfect 4.00 grade average, Zhao might be the only person surprised by the honour. She attributes her academic success in part to her choice of field, which is one she loves: “Academic success is based on passion,” she said. Asked whether there was a secret to her success, she replied, “Passion and hard work are my secrets.”

Her passion and hard work have led to other accolades. In addition to the Rose Sheinin Scholarship, Zhao received a College Gold Medal at St. Michael’s as this year’s graduate from the college with the highest average overall in Science. She also received a USMC nomination for the Governor General’s Silver Medal, one of the highest honours conferred on a graduate each year at the University of Toronto. The three students with the highest cumulative GPA out of all students graduating from an undergraduate program in the spring or fall receive the medal. 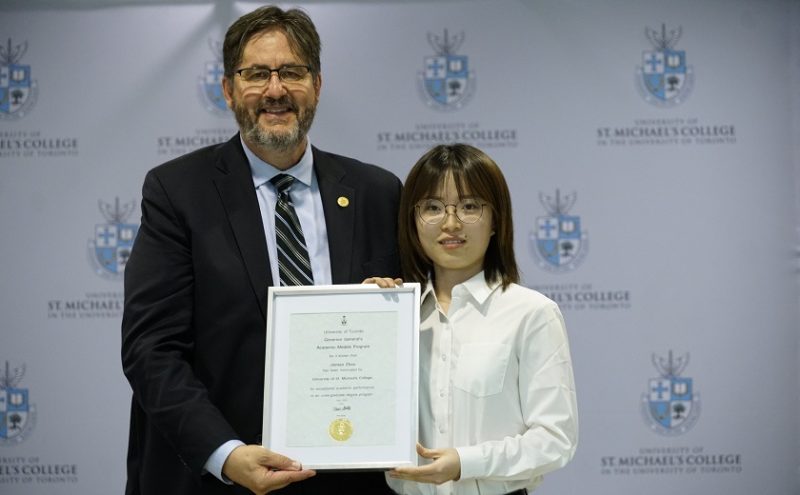 This year, Zhao is matriculating directly into a PhD program at the University of Toronto to continue her work under the supervision of Professor Gerald Penn; her primary research areas are natural language processing and artificial intelligence, and she wants to become a professor someday. The most exciting area of research in computer science, in her opinion? Theoretical computing. “I hope that one day someone can figure out whether P = NP,” she said.

When it comes to her own research, Zhao considers the most important question about the cutting-edge field of AI today to be a fundamental – and humanistic – one: “how to use [it] to make the world a better place.” She also observed that there are important challenges in ethical issues related to A.I., and that there is a significant problem in the lag between the rapid advancement of the technology and the relatively slow pace at which relevant laws are updated.

As she looks to continue her cutting-edge research at the graduate level while preparing to take on the role of professor herself, Zhao is uniquely well positioned to encourage other women to work in Computer Science, a field with a complicated reputation on matters of inclusion. “Scientific achievement is determined by the passion and effort of scholars rather than gender,” she said, continuing, “For female students, the stereotype of computer science should be abandoned.” She offered a succinct piece of advice: “As a woman, if you are interested … don’t hesitate to participate in this field.”

“I enjoyed every moment of my university life,” the Class of 2019 graduate said. When asked if there were any particularly wonderful parts of her undergraduate life, Zhao replied, “If I have to choose the best time, it is now!”