Jean-Olivier Richard is Assistant Professor, Teaching Stream, in the Christianity and Culture Program. A historian of science by training, his research and teaching interests include the relationship natural philosophy with Christianity with science in the early modern era, Jesuit history, environmental history, and the history of alchemy, astrology, and magic. 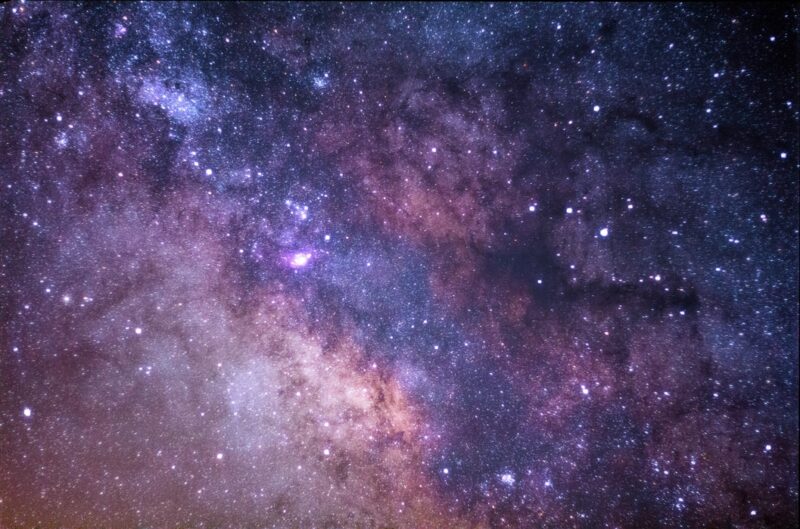 On June 17, I decided to set up a tent in the backyard of my partner’s parents, thereby adding a room to what was beginning to feel like a crowded house. My girlfriend and I brought mattresses, pillows, sleeping bags, and munchies. I also decided to install my Meade ETX 90, a reflecting telescope I had purchased a couple years ago and neglected to use since. I figured that on a clear night in Ottawa’s suburbs, it would find better use than in dazzling Toronto.

Around 3 a.m., we woke up to a starry sky, with Vega and Arcturus above our heads and a handful of planets lined up within the narrow band of the Zodiac. In the south, majestic Jupiter lorded at its zenith in conjunction with Saturn. Red Mars was lagging further to the East, next to Neptune, invisible. The waning crescent Moon, with Venus by its side, had yet to rise. Over the next two hours, we turned the telescope to each of these celestial bodies, trying different lenses and observing with childlike excitement. My girlfriend saw, for the first time, Jupiter’s four largest satellites—the same Galileo discovered with his spyglass in 1610—as well as hints of the giant’s darker belts. Even more delightful, to both of us, were Saturn’s rings, which we could see distinctly, like a pair of bright handles. Then, just before dawn, the ancient Moon’s familiar wink was made unfamiliar. Next to its shadowed face, Venus was showing its crescent. At that point, our excitement had ceded place to a kind of contemplative wonder, mixed with serenity and sunlight. With our naked eyes, we had observed and experienced what astronomers of old described as the wheeling of the celestial spheres around Polaris, the axis of the world. It was a wakeful night well spent.

Over the next couple of days, my mind was busy pondering Plato’s Timaeus, a speculative account of the creation the universe I teach in some of my Christianity and science courses. Therein Plato argues that the cosmos was made by the Demiurge, a divine, benevolent craftsman who ordered his materials mathematically and beautifully, in the likeness of eternal, unchanging forms. The Demiurge not only created the gods (including the planets) but also individual souls (each one tied to a guardian star), whose bodies He let the lesser deities shape from imperfect matter. Plato teaches that our souls, trapped as they are in their fleshy shells, tend to be confused and disorderly, having lost sight, from the moment of their birth, of the divine harmonies from whence they come. For Plato, contemplation of the wheeling stars—and by extension, the study of mathematical proportions—is the best way to quell our inner disturbances and to restore our quietude. Failing to do so is to risk losing clarity of mind, to condemn the soul to reincarnate in critters less suited for philosophy than human beings: birds, brutes, or—God forbid—fish!

For sure, contemplating the heavens was not a source of excitement for Plato in the way it can be to city dwellers today, but it was just as salutary. Plato’s great insight was that education is transformative: we become what we study, and we must therefore be mindful of our intellectual diet. In trying times, when we feel trapped in our heads and in our houses, it pays to look up, and emulate the stars.