“Teaching is her Passion”: Inside the...

Acclaimed as Transformative: CSR Program at... 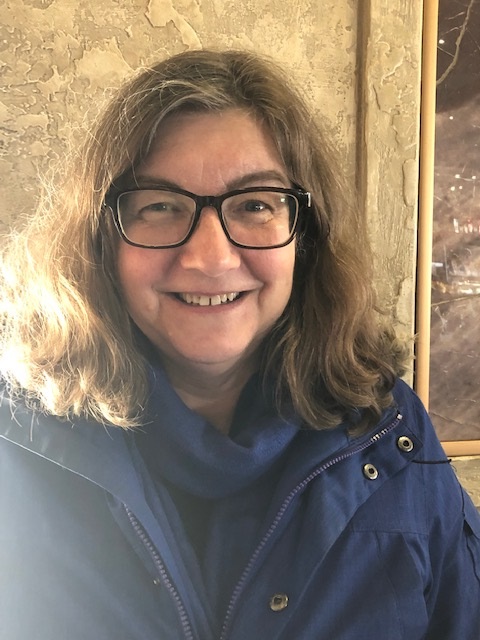 Rosemary Boissonneau will receive her MA in Theological Studies on Saturday, Nov. 9. It will be her third degree from St. Michael’s.

If there’s a club for people holding three degrees from St. Mike’s, move over and make space for the newest triple alumna, Rosemary Boissonneau.

“It was interesting when I came back to St. Mike’s (in 2011) because I was a mother and a teacher and my oldest was in university herself,” she recalls. “What I found was the same hospitality, the same sense of welcome as my undergrad days, but because the Faculty of Theology is small, the sense of community was more pronounced, the sense of Catholicity more informed.

“There’s a real sense of identity and, given the size of the place, it’s easy to get to know people.”

The faculty impressed her for multiple reasons. One of the first courses she took when she returned to school was with Old Testament scholar Dr. John McLaughlin, who, as Rosemary describes, “sets rigorous standards” not only for the content of work submitted but also in his expectations regarding the mechanics of papers. They were standards, she notes, that she applied to all subsequent work to ensure she was meeting the McLaughlin bar and making the most of her education.

There was the fact that classroom topics would be addressed from a range of viewpoints, whether it was one of feminist theology or eco-theology, as well as the expectation that students would use inclusive language as much as possible.

She had the opportunity to learn the workings of a university by serving a term as a student representative on the Collegium, St. Michael’s board overseeing governance of the university.

And then there was Eco-theology Faith and Practice, a week-long course held at the Villa St. Joseph Retreat Centre in Cobourg, taught by Sisters Linda Gregg and Mary Rowell, CSJ. The course confirmed Rosemary’s interest in eco-theology, and led her to studies with eco-theologian Dr. Dennis O’Hara at St. Michael’s Elliot Allen Institute for Theology and Ecology.

“I always cared about the environment but the summer after Laudato Si’ came out I saw Dennis on a panel, which included a talk about the need for climate activism, and since I was working half-time to complete my studies, I felt I had the time to get involved.”

Her goal was to combine spirituality with justice, and that led to her work with ClimateFast, a volunteer organization whose goal is to encourage politicians to take greater – and faster – action on climate change, as well as work with #FridaysforFuture, the group behind the student climate strike.

It also played a hand in her MTS thesis, entitled The Christological Symbolism of Water in the Gospel of John.

“Rosemary is not merely intelligent but also thoughtful and morally motivated. She cannot only grasp complex ideas but she reflects on them in order to integrate them with other knowledge that she has gained,” says Dr. O’Hara. “This invariably prompts her to action, to reframe her own life and encouraging others to follow suit in their own way. She will willingly pay the price for a right course of action. This is why most professors relish her presence in class.”

Reflecting on her time at the Faculty, Rosemary says it enhanced her worldview.

A deeper understanding of Scripture, for example, has “helped me articulate what I believe,” she notes.

It has also left her an even busier woman, because even though she’s back to teaching full-time, she’s finding it impossible to set aside the volunteering she started when she was working reduced hours to complete her studies.

As she talks about finding a way to balance the rest of her life with the possibility of returning to do doctoral work, there’s little doubt she’ll find a way.