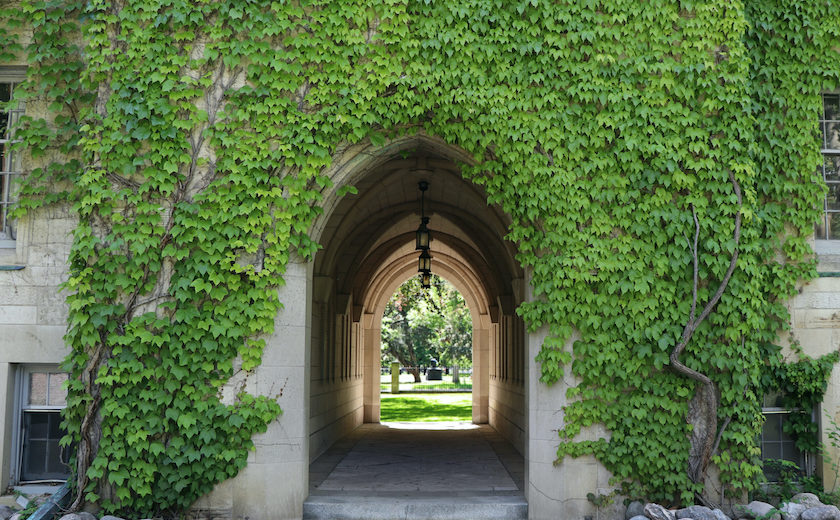 The University of St. Michael’s College has joined a coalition of other Canadian universities to launch the University Network for Investor Engagement (UNIE), an initiative that will engage investee corporations on climate change risks.

“We see supporting the UNIE initiative as an expression of care for our common home, which Pope Francis calls us to in Laudato si’,” said St. Michael’s President David Sylvester. “Pursuing financial resilience, strengthening community partnerships, and embedding social responsibility into all our operations is essential to St. Michael’s mission as a Catholic university.”

UNIE is being launched through the Shareholder Association for Research & Education (SHARE), a non-profit investor advocacy organization. St. Michael’s first became involved with SHARE in January 2016 as a way to prioritize sustainability and climate justice through its investing strategy while building relationships with like-minded institutions. The first meetings of St. Michae’s Environmental, Social, and Governance (ESG) committee took place the following year.

In concert with other universities engaging their investment portfolios, St. Michael’s stands to make an impact in the areas of reducing greenhouse gas emissions and pursuing sustainable finance, responsible climate policy, and just transitions through the initiative.

“We believe that collectively, with other Canadian universities participating, we will have a stronger voice in areas of climate change that are important to our community,” said Effie Slapnicar, St. Michael’s Chief Administrative Officer. “As shareholders, we have the opportunity to use our position to influence corporate behavior, and together with our colleagues across Canada we want to use that influence to accelerate Canada’s transition to a zero-carbon economy.”

On behalf of the University Network for Investor Engagement (UNIE) initiative, SHARE will engage with North American public companies held in university endowment and pension portfolios to address pervasive risks associated with climate change. The UNIE initiative will focus on key sectors where advocacy can make the biggest difference, including finance, transportation, energy and utilities, and manufacturing.

“These universities are showing leadership in addressing the climate crisis. Working together in one program amplifies each institution’s voice and leverages their power to bring about change,” said Kevin Thomas, Chief Executive Officer at SHARE.

The UNIE initiative is focused both on reducing greenhouse gas emissions and accelerating the transition to a low carbon economy.

“The actions taken by institutional investors today will play a crucial role in determining how society fares in the face of climate change,” said Thomas.