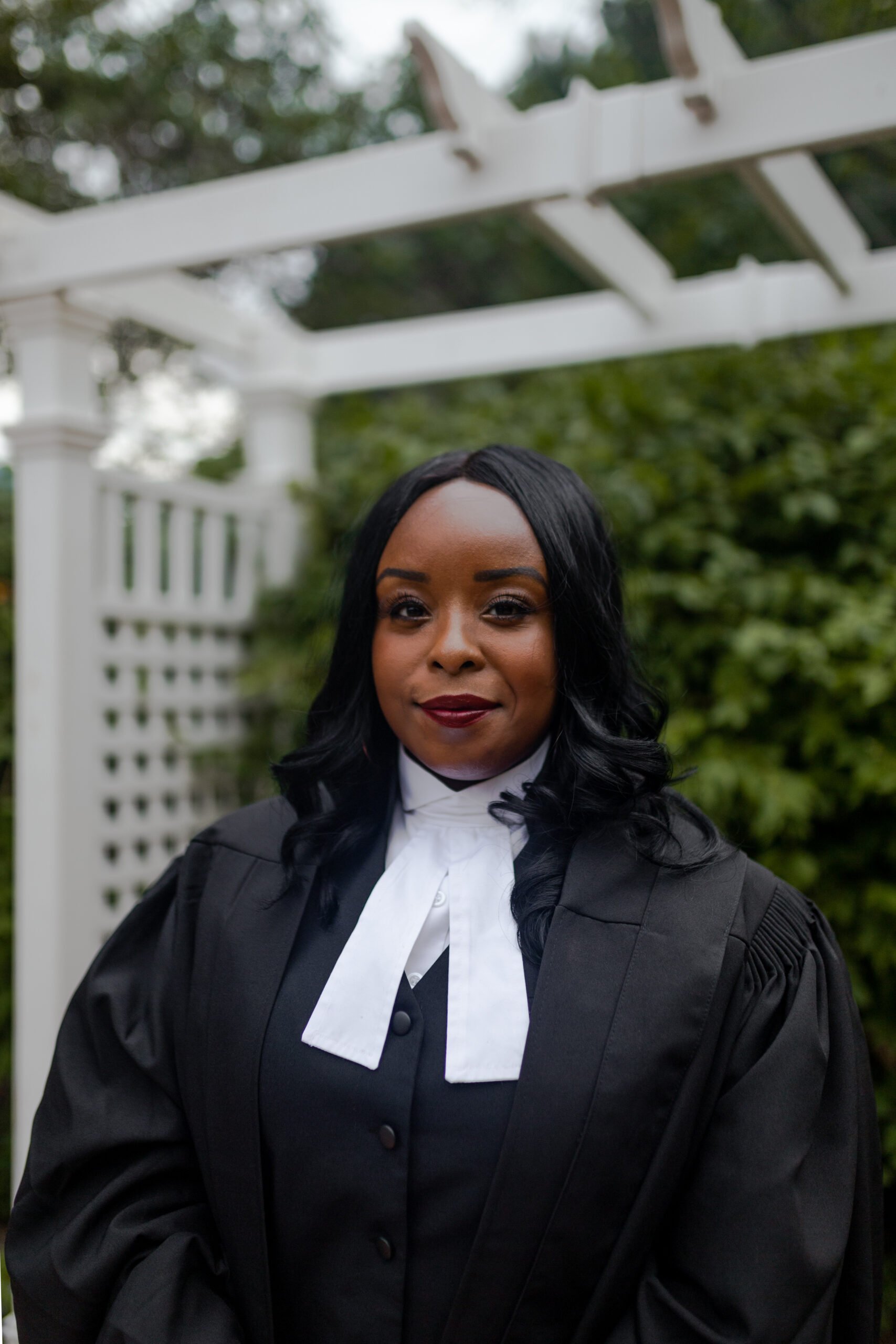 From her time at St. Michael’s and beyond, Samantha Peters’ career has been shaped by her commitment to social justice.

She grew up in downtown Toronto (the high school she attended—St. Joseph’s College School—is located right behind John M. Kelly Library) and was one of the first in her family to graduate from university. Her mother encouraged her to attend UofT because of its excellent reputation for teaching and research.

She holds an Honours B.A. and double majored in Equity Studies and Political Science with a minor in French. Throughout her time at St. Michael’s she was involved with the college’s chaplaincy program, where she volunteered with Out of the Cold and hosted social justice movie nights and discussions. She received the Fr. Robert Madden, CSB Leadership Award upon graduation in 2009.

Samantha describes the committee as an opportunity to meet with students who were connecting their own difficulties in the diaspora to issues that were going on in the Caribbean (she mentions Structural Adjustment Programs specifically) and “think about the theories that I was learning in the classroom and how they applied in the context of the Caribbean diaspora but also the Caribbean generally…issues that directly impact my family and my community.”

When speaking about how her undergraduate studies prepared her for law school, Samantha notes, “I was able to understand the complexities of the law: how it is a tool for oppression, but also how it can be used in collaboration with other things as a tool for transformation.”

In 2010, she completed a M.A. in Sociology and Equity Studies in Education at the Ontario Institute for Studies in Education (OISE) at the University of Toronto. “When I studied at OISE, I really got to interrogate the education system…Who are we learning about and who are we not? Where are the gaps? That was helpful to me because this is the lens that I apply to the law. When we talk about the law, who are we centering and who are we de-centering? Who is impacted by the law versus who creates the law? These are some of the critical thinking skills that I developed in my master’s program and in writing my master’s thesis which better equipped me to be successful in law school.”

After completing her master’s degree, she worked at The Ministry of National Education in Paris and then the Ontario Bar Association, the latter giving her the opportunity to work at the intersection of law and education and ultimately inspiring her to become a lawyer.

She received her J.D. degree from the University of Ottawa Faculty of Law in 2016. After completing her bilingual articles at a national union in Ottawa, Samantha took a break to reflect on what she wanted out of her career and began working at the Legislative Assembly of Ontario as an Education and Social Policy Researcher. In the summer of 2019, a mentor encouraged her to take the leap: she finished her licensing exam and was called to the bar in Alberta and Ontario in 2020.

Today, she is working at the intersection of law, education, and policy with a focus on human rights advocacy, sexual and gender-based violence prevention work, and workers’ rights. She supports Black law students as the first ever Black Legal Mentor-in-Residence at University of Ottawa Faculty of Law—a position she helped create after she noticed a need for support for Black law students while she was a student herself—and is a pro bono lawyer providing free legal advice and services to survivors of domestic violence throughout Ontario. She also recently received a grant from The Law Foundation of Ontario to fund a legal project she created that offers both legal and non-legal supports to Black 2SLGBTQ+ workers in Ontario.

On why she chooses to redefine legal work: “As marginalized communities have felt, lawyering in the traditional sense can cause harm. So how can I participate in a legal practice that is not causing harm, or is disrupting harm, or is transforming the legal system in a way that causes less harm? These are the kinds of things that I think about in my law practice…this is how I am able to express my creativity, in my practice, to think beyond what is right before me.”

Samantha was also selected as one of the “Top 100 Black Women in Canada to Watch” by the Canada International Black Women Event (CIBWE) and her writing and commentary has appeared in numerous publications, including Global News, the Toronto Star, Canadian Anti-Hate Network, Huffington Post Canada, NOW Toronto, Xtra, the Canadian Centre for Policy Alternatives, and Flare.