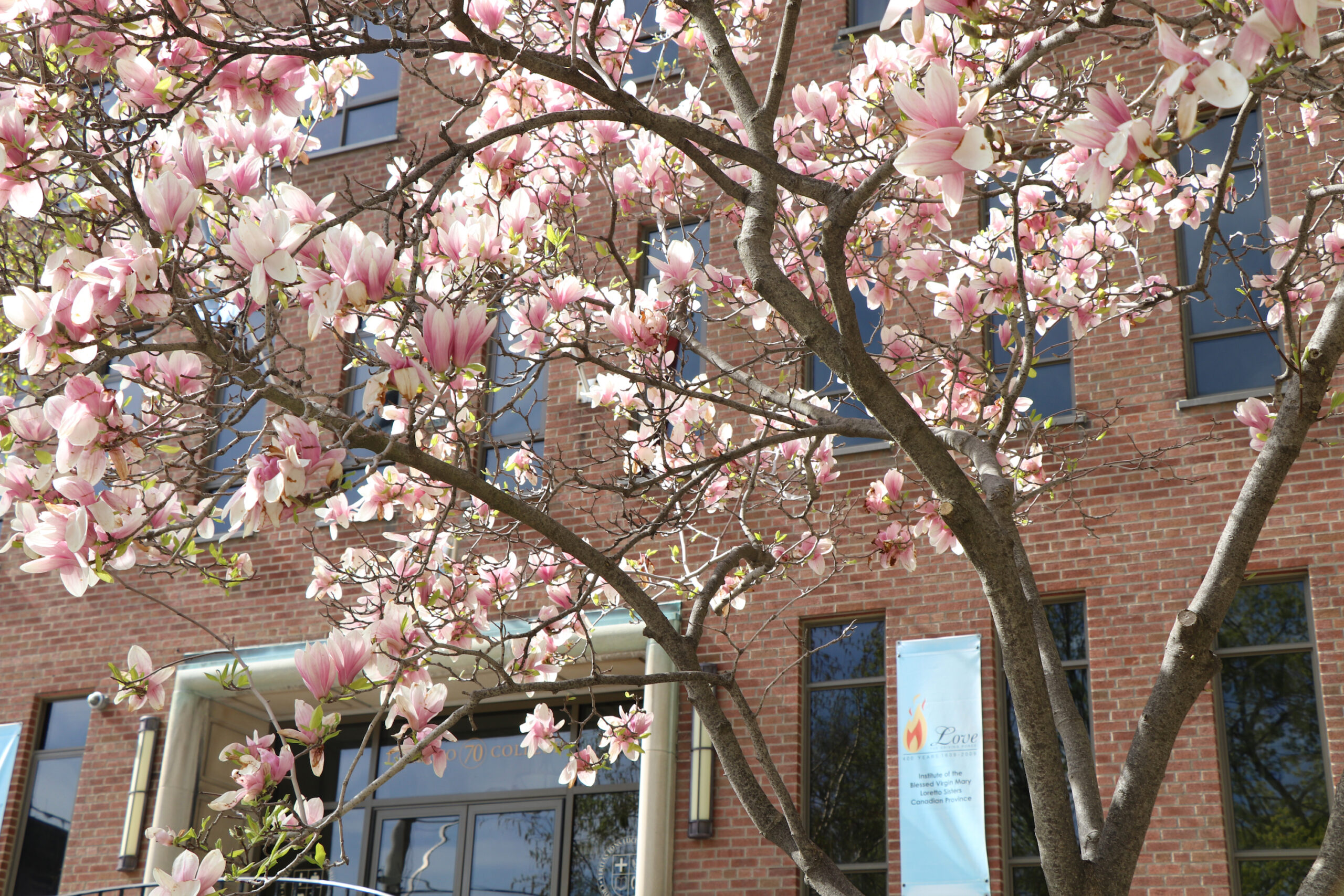 As the Sisters of St. Joseph of Toronto wind down their 170th anniversary celebrations, a new book with contributions from the University of St. Michael’s College community tells the remarkable story of the many ways in which the Sisters have served the broader community.

The book, 170 Years of Service: A Collection of Essays on the History & Mission of the Sisters of St. Joseph of Toronto, was officially launched earlier this month as part of St. Michael’s “Celebrating Sisters in Higher Education” Zoom Seminar Series and will be available for purchase in February.

As St. Michael’s President David Sylvester said in his welcome, “the Sisters helped shape this place and continue to be a part of our future.”

Edited by CSJ archivist Linda Wicks and St. Michael’s fellow Dr. Elizabeth Smyth, the volume contains seven essays tracing the congregation’s activities since the 19th century, with each essay underscoring how the Sisters not only responded to the times, but were ahead of their time, whether in education, health care, or in social justice initiatives.

More than 130 people were online to hear many of the contributors speak briefly about the topics they covered. An essay written by St. Michael’s Interim Principal Mark McGowan on the congregation’s role in education, for example, notes that the Sisters “pushed pedagogical boundaries,” for example being early adopters of kindergarten education, physical education for their young female students, and encouraging professional development to create teachers who are “lifelong learners” themselves.

St. Mike’s alumna M.C. Havey documented the mentoring the Sisters gave the Sisters of Service as the new order began to establish missions and schools in the Canadian West, while Dr. Smyth spoke about her chapter on Mother Moira McGuire, who received the Order of Canada in 1967 for her work in health care. Dr. Smyth also referred to the contribution from St. Mike’s theology professor Dr. Michael Attridge, currently on sabbatical. Attridge’s chapter looks at the dedicated approach the Sisters took to learning about – and embracing – the reforms of Vatican II.

Theology professor Dr. James Ginther, who held the Sisters of St. Joseph Chair in Theology for five years, noted that his chapter addresses the shared values of the Sisters and St. Michael’s, including theological and ecological education.

A final chapter in the book, written by Leah Watkiss, who is Director of the Sisters’ social justice initiatives, looks at current endeavors in which the CSJs are engaged.

As Sr. Mary Anne McCarthy, CSJ, noted in her closing remarks, Toronto historian Donald Jones said of Sr. Delphine Fontbonne, who founded the CSJs in both Canada and the United States, that the contributions she made to life in Toronto is a reflection of the story of Canada itself.

Sr. Delphine arrived in Toronto in 1851 with three other Sisters to care for orphaned and sick children. She died in 1856 while nursing patients during the typhus epidemic that swept the city. More than 170 years on, the love and care she offered the community lives on.

Copies of 170 Years of Service: A Collection of Essays on the History and Mission of the Sisters of St. Joseph of Toronto is available for order.

The year-long “Celebrating Sisters in Higher Education” series was created by Mediaeval Studies professor Dr. Alison More, who contributed a chapter on the early days of the Sisters, including their decision to move their community from France to Canada. Dates for future events in the series will be posted on the St. Michael’s website.