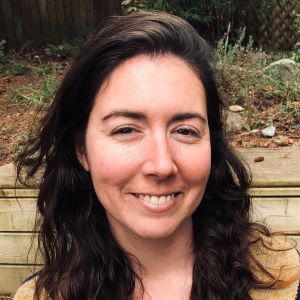 Dr. Iris J. Gildea is an Associate Professor at the University of St. Michael’s College and teaches in the Book & Media Studies Program. She has taught at St. Michael’s for ten years.

Iris’ work and research are at the intersections of art, media, trauma and feminist studies. Most of her courses focus on various aspects of critical media studies. She writes and publishes on trauma theory and art as a mode of meaning-making and healing, often with a focus on survivors of gendered violence and childhood trauma.

Iris received her PhD from the University of Toronto in Comparative Literature with a dissertation on Paul Ricoeur’s phenomenological hermeneutics. She loves the intersections of theory and art, seeking always to expand structures of knowledge and meaning-making. Outside of her university teaching, Iris leads poetry and expressive arts workshops in community. She also teaches meditation. When not writing, teaching or making art, Iris is in nature hiking with her dog. She splits her time between Cortes Island in British Columbia and Toronto, Ontario.