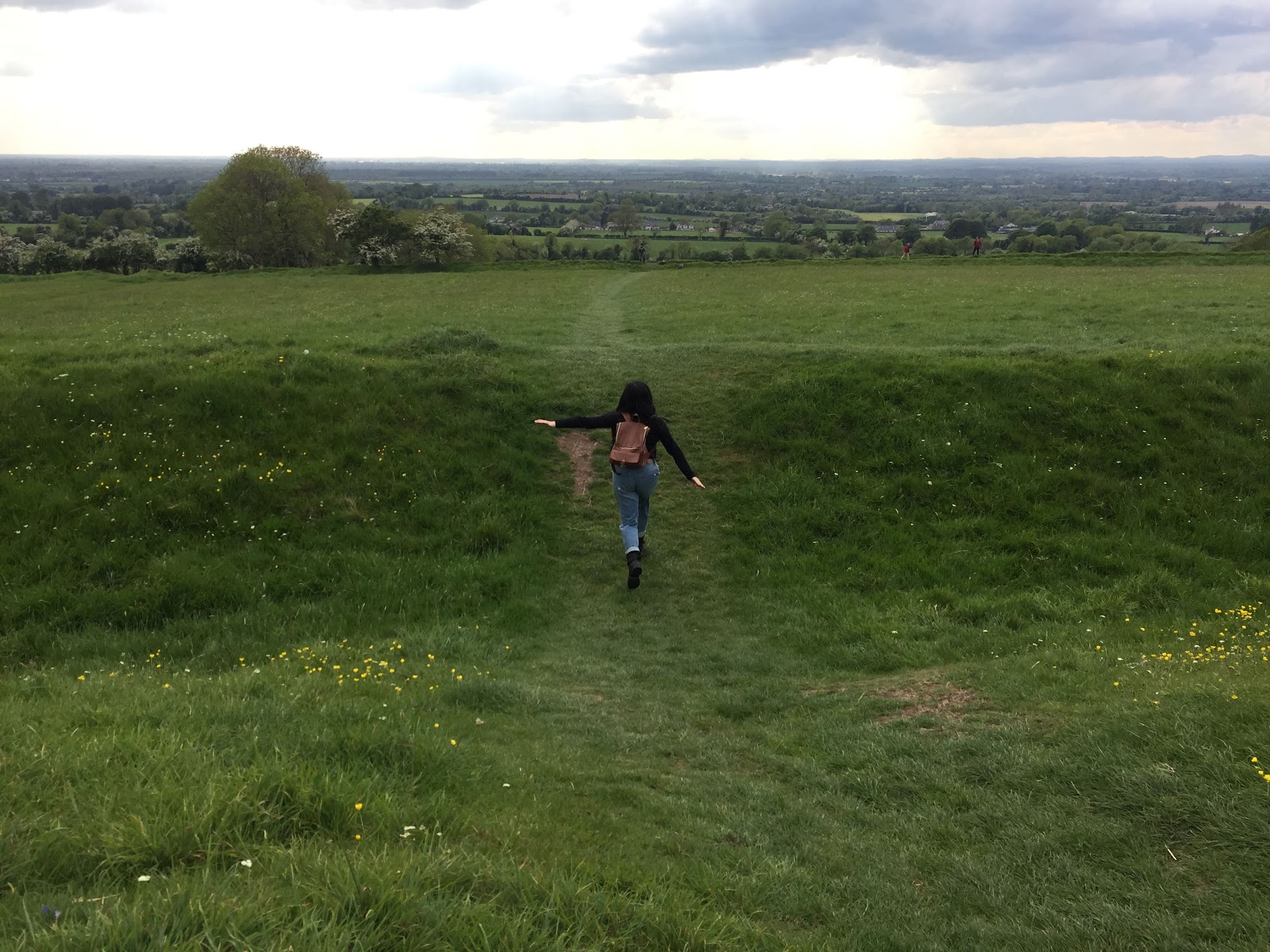 InsightOut: Chronic Curiosity and the Timelessness of Mediaeval Studies

Ren Manalo is a fourth-year student at the University of St. Michael’s College majoring in Genome Biology and double-minoring in Anthropology and Mediaeval Studies. She was part of the inaugural class of the Boyle Seminar in Scripts and Stories and is serving as Co-President of the Mediaeval Studies Undergraduate Society. She is currently writing her Senior Essay on the inception of the Black Death in mediaeval Europe.

Chronic Curiosity and the Timelessness of Mediaeval Studies

I like to think of myself as “chronically curious.” It sounds better than “indecisive.” Though perhaps I have my indecisiveness to thank for getting me to where I am today.

I remember furiously typing backstage during the dress rehearsal of my high school’s spring play, still wearing the itchy wig that I had to fight to keep on while performing. I can’t recall exactly what drew me to the Boyle Seminar (I had intended to pursue a career in pharmacology, after all), though my general interest in history and the promise of a trip to Ireland were likely compelling factors.

Whatever the case, there I was, frantically filling in an application for the SMC One course. I never would’ve admitted it back then, but I was only half-certain of my intention to seek a strictly scientific profession, but then again a strictly artistic one would also be questioned. I simply had too many interests, trying everything on a whim just to fall in love with it all, and could not streamline them into one field. Of course, that was until I found mediaeval studies–otherwise, I’d probably be wearing more itchy wigs.

I can pinpoint the exact moment during the seminar when I became captivated by the subject. An offshoot of a tangent (the professors’ tangents were often as entertaining as the actual course material) had us discussing a mediaeval female skeleton with lapis lazuli found in her teeth, tying together the subjects of bioarchaeology, gender studies, paleography, and codicology. It was then that the gears began to spin and I dove deeper into mediaeval studies, finding a treasure trove of interdisciplinary interests. Later, after an impromptu visit to the Blackfriary Archaeological Field School in Ireland, I settled into the world of plagues and rats, allowing me to combine my interests of science and history into a neat (and rather macabre) package.

I’ve noticed that the COVID-19 pandemic sparked a growing interest in plagues and illnesses of the past, with people looking to history for advice on the present. Professor Alison More, a founding instructor of the Boyle Seminar, mentioned the revitalization of St. Corona in her own InsightOut post. She comments on how the saint, having had no previous association with plagues or illness, was now being called to intercede against a virus sharing her name. As More further elaborates with examples of St. Roche, St. Sebastian, and St. Rosalia of Palermo, the faithful repeatedly turn to saints for divine protection and guidance throughout the centuries.

Notably, for better or for worse, the prejudices, fears, and worries of the current pandemic are similar to those we have seen in the past. However, while we look to history for guidance, it’s crucial to incorporate the knowledge of the present. A course called Plagues and Peoples, which analyzed factors influencing the spread and survival of plague narratives, helped me hone the ability not only to read between the lines of a text, but  out of them as well.

Essentially, the context surrounding narratives and what could have intentionally been left out reveal just as much information as what is present on the page. Ellen J. Amster has a great article detailing the persistence of prejudices and structural racism that are seemingly missing in these narratives, blinding subsequent generations to these darker aspects of history. Here, we note how the past is all but static and has the potential to be rewritten, though only as determined by those who hold the pen. Just as we have the ability to overlook these aspects, we also have the opportunity to learn from the past and change things for the better.

Perhaps the Mediaeval Studies Undergraduate Society (MSUS) has the pandemic and re-runs of  Game of Thrones to thank for our numerous new members. In addition to students studying the Classics, History, and Christianity and Culture, we also have members in fields not commonly regarded as “mediaeval,” including Astrophysics, Human Biology, Ecology and Evolutionary Biology, as well as Cognitive Science. With little to no prior mediaeval studies experience, these students have taken an interest in something particular about the subject–be it language, myth, recipes, film, or music.

Mediaeval studies is special in that everyone can settle into their own respective niche. Gabrielle Camaoay, MSUS’ first-year representative and a fellow alumna of the Boyle Seminar, describes this rare ability, stating, “What drew me to mediaeval studies was the fact that it was so versatile, with so many subjects of study to choose from and being able to mix and match topics to your heart’s content.”

The subject of mediaeval studies is often misunderstood. I myself often have difficulty defining it. The university generalizes it as the study of the period between “roughly the fifth through the fifteenth centuries,” yet acknowledges that its “parameters are broad and boundaries are not clearly defined.” And perhaps this ambiguity is a benefit; the period is so varied and resilient that everyone can find common ground somewhere.

We become engrossed by the mediaeval world because we can see parts of ourselves in it, and we study it with the end goal of bridging the gap between the centuries by determining exactly how the past has helped shape the present.

So is it so wrong to live in the past? To be enamoured with what once was? I’d like to think not. There’s still so much left to learn, and with emerging technologies becoming more readily available, the possibilities for new discoveries are endless.

The past is alive. History is alive. It’s dynamic, eye-opening, and rapidly expanding. The Middle Ages are revived with each set of eyes laid on the folio of a manuscript, and every time a mediaeval fable is retold. Likewise, we can feel the mediaeval world within the classrooms of the University of St. Michael’s College, witnessing how it is renewed by the chronically curious students who breathe life into it.