Home / About Us / Contact Us / Directory / Iris J. Gildea 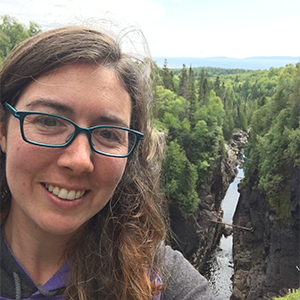 Dr. Iris J. Gildea is an Associate Professor at the University of St. Michael’s College and teaches in the Book & Media Studies Program. She has taught at St. Michael’s for nine years.

Professor Gildea sees art as a pathway to meaning and understanding. In addition to guiding her fourth-year seminar students in creating artwork, she frequently leads poetry and expressive arts community workshops.

Professor Gildea earned her PhD from the University of Toronto in 2009 with her dissertation, “Toward a Poetics of Freedom. An Interpretation of Ricoeur and Dante.”

In addition to her academic work, Professor Gildea is a poet and visual artist. She splits her time between British Columbia and Ontario.

“The Narcissus Narcosis: A Meeting of Media Studies and Cultural Pedagogy.” Legas, 2015. (Published under Jenna Brooke)

Toward a Poetics of Freedom. Germany: Lambert Publishing, 2015. (Published as Jenna Brooke Sunkenberg)

“Searching for the Self in the Digital Age.” International Communications and Media Studies Conference, University of British Columbia, November 2017.