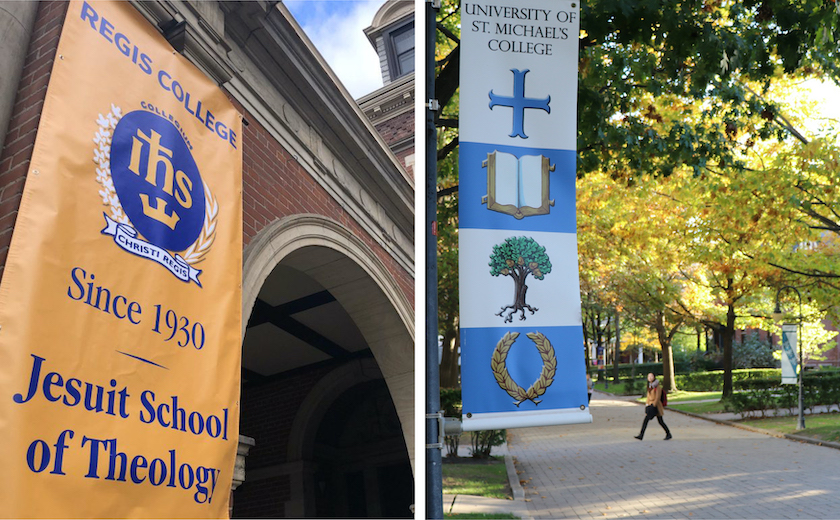 The Regis-USMC Steering Committee has received all sub-committee reports. The reports represent an enormous amount of hard work, and have contributed to significant progress toward our objectives. The Steering Committee has struck a drafting committee to prepare a report that will be presented to both the St. Michael’s College Collegium and the Regis College Governing Council in mid-June 2021.

We write to inform our communities that representatives of the Board of Regis College, and the Collegium of the University of St. Michael’s College, have met recently to explore a mutual desire to renew long-standing discussions regarding a closer institutional relationship between the two Catholic institutions.

We are pleased to report that these very fruitful meetings have led to the establishment of a Steering Committee that will oversee, on behalf of the two governing bodies, the formulation of an alliance between Regis and St. Michael’s. The work of the Regis-USMC Steering Committee and its anticipated sub-committees, and the deliberations of the respective governing bodies, will be guided by the following shared principles: